# Use of eKuiper management console

From eKuiper version 0.9.1, whenever a new version of eKuiper is released, the corresponding version of the management console will be released. This article uses a practical example to illustrate how to use the management console to operate and manage eKuiper nodes. In the article, the data will be subscribed from the MQTT server, and be sent to the specified file after processing through the rules written by eKuiper. The demonstration is as follows: 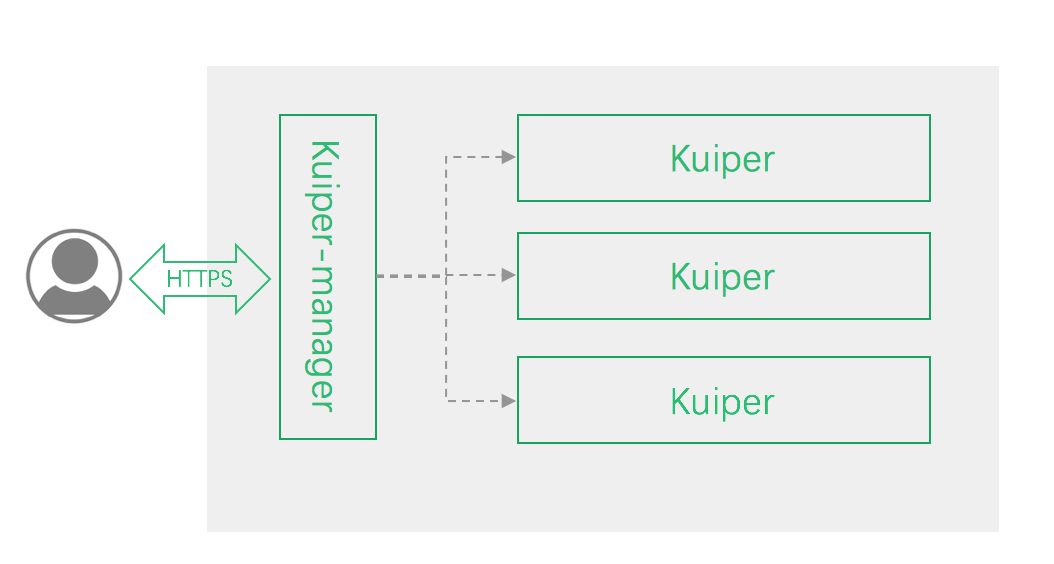 You need to provide the address, user name, and password of kuiper-manager when logging in, which is shown below:

When creating a eKuiper service, you need to fill in the "service type", "service name" and "endpoint URL".

The example of creating a eKuiper service is shown in the figure below. If the port is exposed to the host, then the 9081 port address on the host can also be used directly.

In our scenario, the target plugin named file will be used. Select "Plugins" > "Install plugin", and the following dialog box will pop up: Select the target plugin named file in the drop-down list to download and install it, and the plugin will write data to the file specified by the user. As shown in the figure below, after the reader selects the plug-in with the corresponding name, the input box of "File" will automatically be filled with the corresponding plug-in download address, Enter the extended parameter configuration of the installation plug-in script. After clicking the "Submit" button, eKuiper will automatically download the corresponding plugin from the relevant address on https://www.emqx.io/downloads and install it into the system automatically.

Note: After the plug-in is installed and used through the rules, the plug-in has been loaded into the memory. Due to the limitations of the Golang language, when the plug-in is deleted, it cannot be uninstalled in practice. Therefore, if you want to reinstall the plug-in, you must restart eKuiper before it can take effect. Currently only the installation in the Docker environment of debian is supported, and other environments are not supported temporarily.

Create a stream named demoStream, as shown below: As shown above, the "default" configuration group is used. Users can also write their own configuration according to their needs. The specific operation is to click Source Configuration on the page of creating a steam, Jump to the configuration page, expand the type of configuration you need, and click the plus sign to create source config and a dialog box will pop up as shown below. 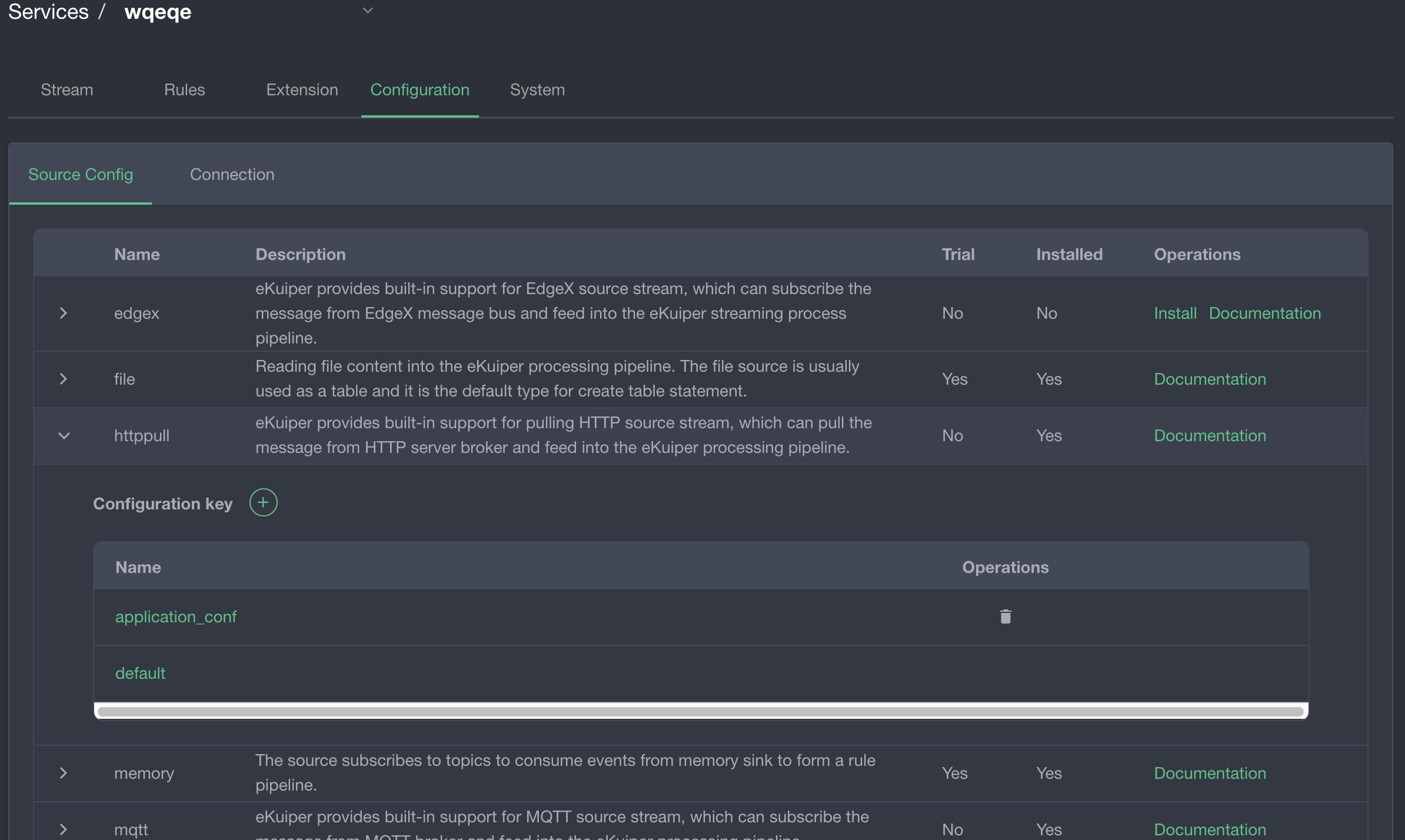 As shown in the figure below, a rule named demoRule is created to filter out the data with temperature> 30 in the data. The SQL editor can give hints during the user's SQL writing process to facilitate the user to complete the SQL writing. Click the "Add" button and a dialog box will pop up as shown below. The file path of /ekuiper/demoFile where the input result is stored is input . More information about the file sink can be found in Help File. The target file is in the Beta state and cannot be used as an actual production environment. Enter the eKuiper container to create a file:

Use the MQTT client tool mosquitto_pub to send the sensor data to the topic devices/device_001/messages of the MQTT server tcp://broker.emqx.io:1883, and the command is as follows. If everything goes well, the file named demoFile will receive data: {"temperature": 40, "humidity": 20}.

View more information of the rules

As shown in the figure below, there are three buttons in the options. Readers can click to try it out.

Edit this page
Request docs changes
What’s on this page
Was this page useful?
x